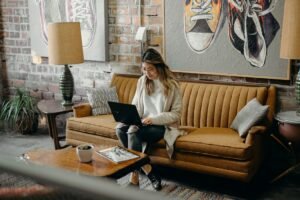 As international borders reopen and we are all eager to return to normal, a hurdle that has increasingly become more obvious is the largely outdated tax residency definition for individuals.

The 2021 budget did acknowledge an overhaul, however no fixed date was declared, nor in fact, has any draft legislation been released. It is safe to say that any changes are therefore a long way off.

Realistically, we are looking at the earliest possible date for changes to take effect to be July 1st 2023, which is far too late for both Australians choosing to live and work abroad and foreign talent finding security here.

A reform is necessary because existing residency tests are outdated and highly subjective. Also, in 2009, the general exemption for foreign-sourced income earned by Australian tax residents overseas was removed. As a result, many Australians took efforts to cease being a resident so that they were only taxed in the country they were working.

For those living and working internationally, it is common knowledge that in most other countries, the individual tax rates are lower than that of Australia’s. Declaring a salary in both countries is also painstaking and impractical. It is no wonder the courts are seeing a dramatic increase in individual tax residency statuses.

It has been proposed that by simplifying tax residency status to automatically treat an individual as an Australian tax resident if they are residing in this country for more than 183 days will offer greater certainty.

For those with more complex cases, they will either need to apply for a commencing residency test or a ceasing residency test. They may also need to satisfy a factor test, which all adds up to becoming equally as cumbersome as current tax residency tests are.

There is no doubt about the fact that a lot of work needs to go into improving the strategies surrounding these decisions so that Australia is more aligned with their approaches to residency as other countries are.

If you are considering a move to live and work overseas now that international borders are open, it is imperative that you understand your tax obligations. It’s best to consult our team at Glance Consultants on 03 9885 9793 to get the support you need as it is likely your residency status will be assessed on a case-by-case basis.